Written by RetroGeek on 04 September 2019

Cyberpunk 2077 multiplayer is a confirmed thing. CD Projekt Red will launch the game as a single player game but it confirmed a multiplayer mode is in the works and will be added somewhere down the line.

CD Projekt Red published a series of tweets later this day that confirm that a multiplayer mode will be added to Cyberpunk 2077 after the April 2020 launch and following a series of free, singleplayer DLCs.

The studio thus confirmed some of the rumors that were starting to spread and use the publicity around the tweets to advertise the company’s recruitment page where eight jobs for a multiplayer team are listed. Here’s the official CDPR statement:

“Until now, the only thing we said about multi was that it was in R&D. As we’re getting closer to launching ‘single player’ Cyberpunk 2077 in Apr. 2020, we’d like to confirm that multiplayer’s in the works!”

1/2 Until now, the only thing we said about multi was that it was in R&D. As we’re getting closer to launching ‘single player’ Cyberpunk 2077 in Apr. 2020, we’d like to confirm that multiplayer’s in the works! If you feel like lending us your skills apply: https://t.co/QQV6qsuvhk pic.twitter.com/GHbiS5N3DT

As these are literally the first official news regarding the new mode for the upcoming RPG shooter, all everyone can do regarding the Cyberpunk 2077 Multiplayer mode is speculate. Considering we’re talking about a FPS, it can be anything from a simple deathmatch arena to a battle royale. Or maybe they’ll put that vast world they are currently building and launch the next GTA online. Or, staying true to CDPR philosophy, they could just pull something totally unexpected. 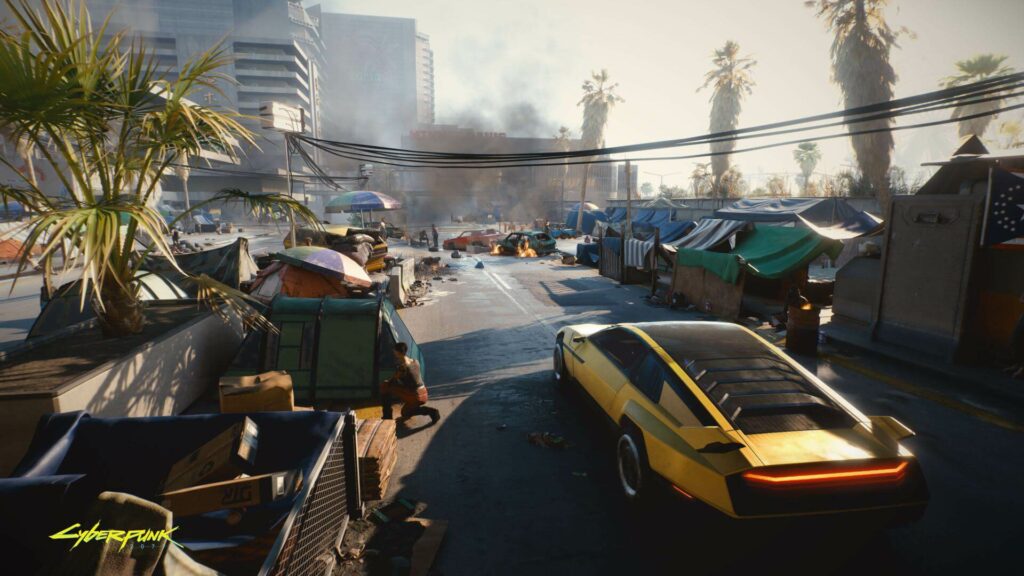 Regardless of how or what we’ll experience in the Multiplayer mode, there is good coming out of the recent confirmation. Fans reading CD Projekt Red’s senior concept artist Marthe Jonkers’ recent interview with Eurogamer who said:

You can read the Eurogamer interview here.

Until, we’ll get to see exactly how you could bring your friends and make real foes in Cyberpunk 2077 Multiplayer, you can check the single player mode and character creation demo. CDPR’s recently-released 14’ minutes long gameplay demo, shows fans how playing as a Solo compares to playing as a Netrunner. Additionally you get a detailed look at the character customization options, background, skills and perks.

A great design, awesome odds and friendly welcome bonus!
Play
Live betting, own crypto and gamer-facing features
Play
Solid welcome bonus and traditional sportsbook!
Play
Tons of games to bet on and easy to use user interface!
Play
All product names, logos, and brands are property of their respective owners. All company, product and service names used in this website are for identification purposes only.
rendered (mm/dd/yyy):3/6/2021, 2:01:45 AM