Death Stranding Collector’s Edition will give you a baby

Always wanted to start your own happy family but could never meet that perfect woman? Buy Death Stranding’s Collector Edition and you will receive your very own BB pod with a life-sized baby inside. We know it’s not like the real deal, but hey… at least you don’t have to worry about soccer lessons or […]

Always wanted to start your own happy family but could never meet that perfect woman? Buy Death Stranding’s Collector Edition and you will receive your very own BB pod with a life-sized baby inside. We know it’s not like the real deal, but hey… at least you don’t have to worry about soccer lessons or missing that piano recital anytime soon.

An unusual game as Death Stranding had to have one of the weirdest collector’s editions ever. For the *cough modicum *cough sum of $200 you can get a crap-load of useless in-game items, an even more useless key chain, and your very own, super-duper, amazing BB pod with a life-sized baby in it. Yes, you heard it right! A BABY! Just for you!

Your lonely days are over my geeky friend, and you can thank Hideo Kojima’s disturbed mind and Sony Interactive Entertainment for it.

After a pretty obscure trailer released at 2018’s E3, this end of May 2019 brought us the first real look at Hideo Kojima’s unusual game. With more Norman Reedus in it, we got a glimpse of the gameplay and some of the other characters. Characterized as a “a completely new type of action game”. Placed somewhere in the not so distant future, Death Stranding lets players assume the role of Sam Porter Bridges (Reedus) and embark on a mission to reconnect isolated American cities and a fragmented society.

We also got a look at the upside-world, the level where the player ends when it dies and from where it has to come back. Kojima suggests that when the player returns to the world of the living, anything they did or any damage that an explosion or the like causes when the player dies remains persistent in the world and does not go away. The BB pod, containing the said baby, made a longer but still pretty puzzling appearance, with its main purpose not yet revealed.

The new trailer was revealed together with a special message from Hideo Kojima itself:

“People have created “Walls” and become accustomed to living in isolation. “Death Stranding” is a completely new type of action game, where the goal of the player is to reconnect isolated cities and a fragmented society. It is created so that all elements, including the story and gameplay, are bound together by the theme of the “Strand” or connection. As Sam Porter Bridges, you will attempt to bridge the divides in society, and in doing create new bonds or “Strands” with other players around the globe. Through your experience playing the game, I hope you’ll come to understand the true importance of forging connections with others.”

There are four Death Stranding editions you can preorder right now, each coming with the full game and various bonus incentives for pre-ordering. 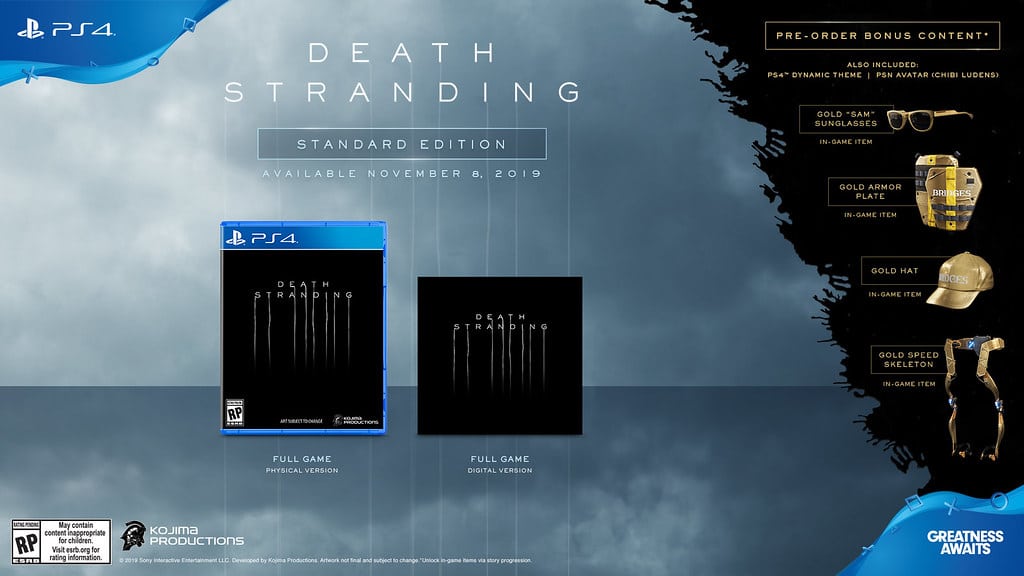 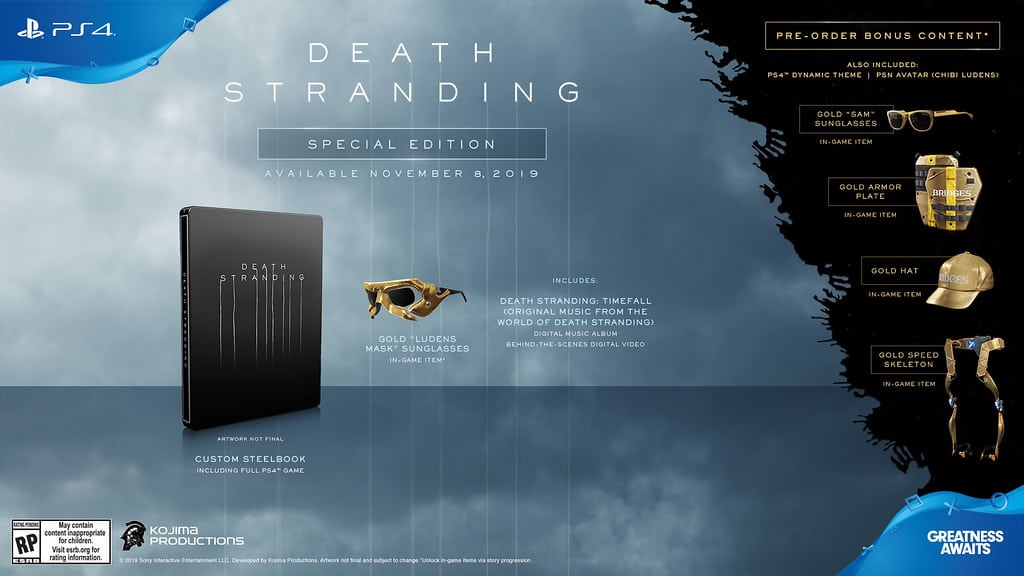 Contains all standard edition’s extras plus 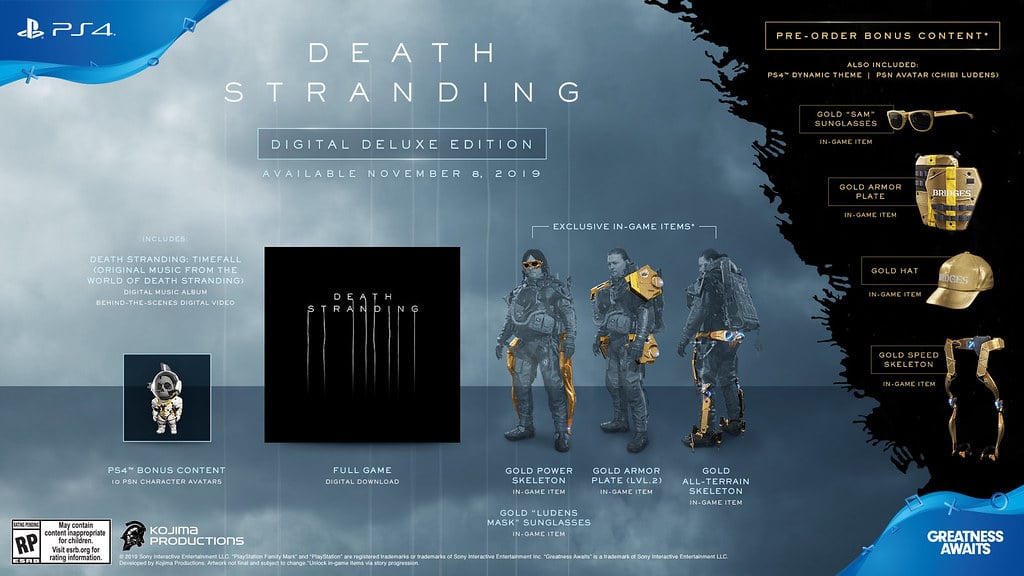 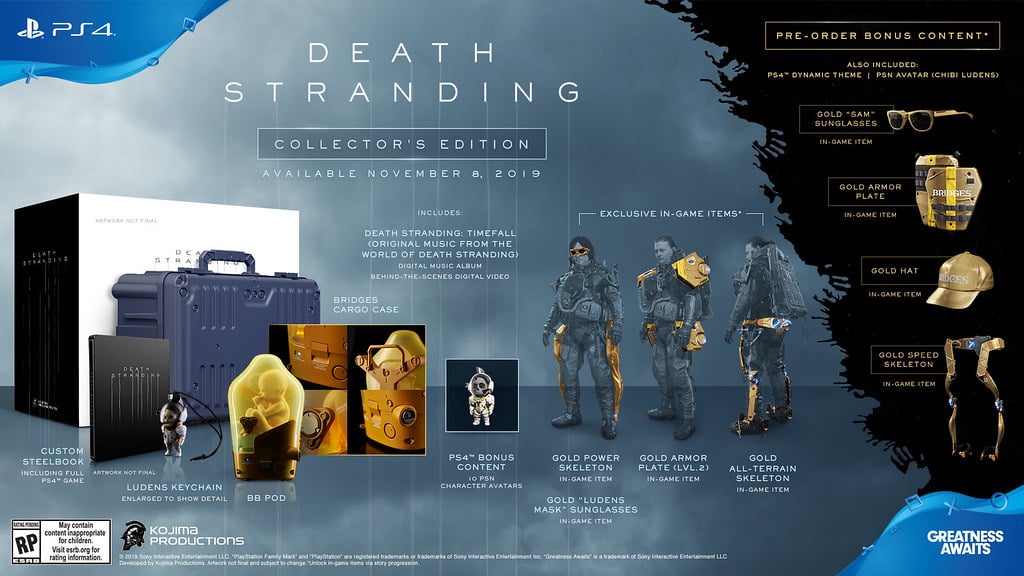 Get it from the PlayStation Store

Last Updated:
16/06/2019
About The Author
Johan C
Johan "RetroGeek" was there, a long long time ago, back in the days of 1.6 and IceFrog. Back when DreamHack LAN parties were the coolest but still nerdiest thing around. No one knows how he decided to start writing about all that but we're grateful for it. He's know as our in-house historian and betting expert and that guy in the office that keeps saying "there's no school like old school!"

Starting April 26th at 11am PT, Blizzard allows selected players to battle in the new Overwatch 2 PVP Beta. The players will begin to receive invites to join the PvP Beta throughout the day.  Quick Overview Only players who got an official invitation from Blizzard team can access Overwatch 2 PVP at first; You can […]

Earlier this month, the Italian luxury automobile brand, Lamborghini, announced its first esports team on their Social Media platforms.  Lamborghini decided to join the esports community and to create its own official team in esports.  The Esports team’s squad has a lot of experience already in The Real Race. Jordan Sherratt, Gianfranco Giglioli, and Girgio […]

The eight-time Olympic gold winner, Usain Bolt, makes his début in esports by becoming a Co-owner of WYLDE. The announcement was made on 30th March. The athlete will be “involved in a range of activities focused on elevating Wylde’s growing brand.” Steve Daly and David Cronin founded WYLDE, two years ago. The organization announced that […]

A great design, awesome odds and friendly welcome bonus!
Play
Live betting, own crypto and gamer-facing features
Play
Solid welcome bonus and traditional sportsbook!
Play
Tons of games to bet on and easy to use user interface!
Play
All product names, logos, and brands are property of their respective owners. All company, product and service names used in this website are for identification purposes only.
rendered (mm/dd/yyy):11/24/2022, 6:40:41 PM