The latest gameplay video for CDPR’s Cyberpunk 2077 is finally here and it offers players a first look at the character creation screen, dialogue options, hacking and in-game fighting. Moreover, Cyberpunk 2077 players finally get to see how playing as a Solo compares to playing as a Netrunner.

Yesterday evening, developer CD Projekt Red released just over 14 minutes of new Cyberpunk 2077 gameplay – drawn from the same demos that were shared earlier this year at E3 and Gamescom. The footage offers more insights on the battle, hacking and dialogue systems of Cyberpunk 2077 which will be released early next year.

The demo introduces the Pacifica District of Night City and the primary protagonist V on a job for the Voodoo Boys gang. In the game-play demo we see V adopting two playstyles – first as a typical shooter/physical build and the second using a stealth/hacker approach.

The Solo build allows V to go head-to-head with its enemies either by physically overwhelming them or plain’ old shooting them down. On top of that, though some specific Solo skills, V can force open doors, turn gun turrets against their owners or use NPC’s as human shields.

The Netrunner build is the complete opposite. Using a combination of hacking and stealth, V is seen hijacking a bench press machine so it dropped several hundred pounds onto the neck of its user or hacking directly into enemies to explode the cyberware in their bodies. Additionally, for the pacifists among you – Cyberpunk 2077 will let you do a no-kill run if you can keep yourself away from all the fun stuff.

The new Cyberpunk gameplay demo also offered us with a look at the character skills and perks. Cyberpunk 2077 does not feature fix classes, instead it offers a fluid class system that allows players to mix and match a wide range of abilities to suit their own playstyle. 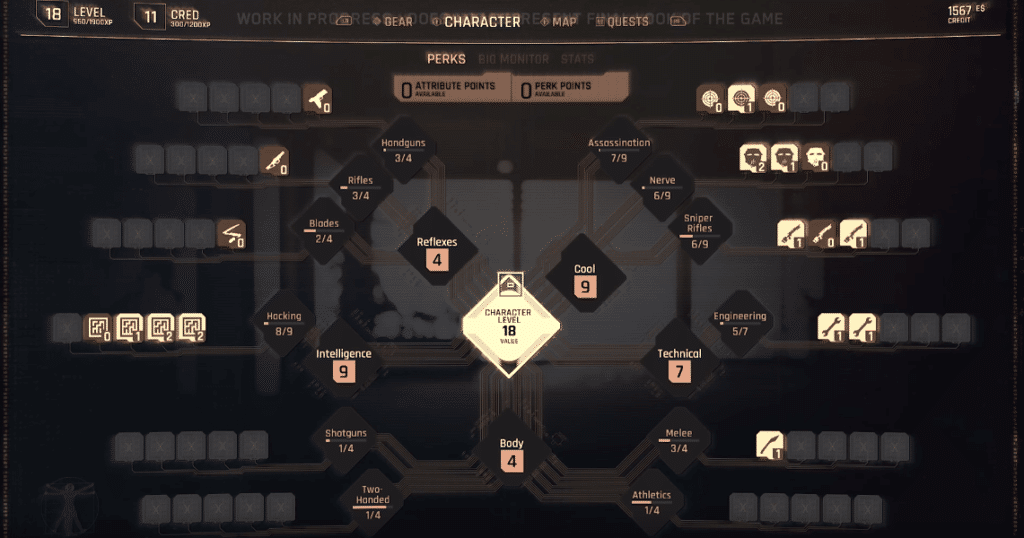 Here are some of the Perks available in Cyberpunk 2077 and their main corresponding Attribute:

Cyberpunk 2077 will offer the type character creation system that you would expect from a full-fledged RPG. You start by choosing your past Nomad, Street Kid or Corporate – an important feature that will unlock additional dialogue options during the main quest line. The character Appearance will let you choose from a female / male body and modify a magnitude of facial elements such as: eyes, nose, mouth, hairstyle and surface wiring. 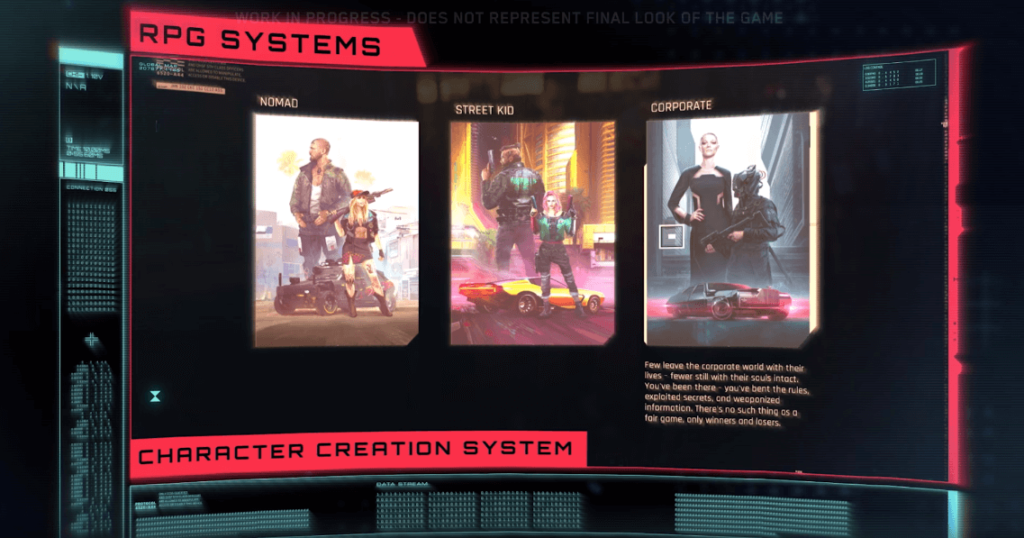 Cyberpunk 2077 will be playable on April 16, 2020. Its Standard Digital Edition costs $59.99 and comes with game soundtrack, an art booklet featuring a selection of art from the game, Cyberpunk 2020 sourcebook and wallpapers for desktop and mobile. Get the Physical Edition to get some extras: case with game code and soundtrack CDs (PC), reversible cover, a world compendium detailing the game’s setting and lore, postcards from Night City, map of Night City, stickers.

A great design, awesome odds and friendly welcome bonus!
Play
Live betting, own crypto and gamer-facing features
Play
Solid welcome bonus and traditional sportsbook!
Play
Tons of games to bet on and easy to use user interface!
Play
All product names, logos, and brands are property of their respective owners. All company, product and service names used in this website are for identification purposes only.
rendered (mm/dd/yyy):4/18/2021, 11:01:35 PM