The Lady of Luminosity will have her own comic series from Marvel, featuring a plethora of other LOL champions such as Garen and Sylas, and explore their relationships with Lux. Following the launch of Ashe – Warmother, the first collaboration between Marvel which made its debut earlier this year, Marvel and Riot announced a brand […]

The Lady of Luminosity will have her own comic series from Marvel, featuring a plethora of other LOL champions such as Garen and Sylas, and explore their relationships with Lux.

Following the launch of Ashe – Warmother, the first collaboration between Marvel which made its debut earlier this year, Marvel and Riot announced a brand new comic series following the adventures of Luxanna Crownguard or Lux.

The Story of League of Legends: Lux Comics Series

League of Legends: Lux, will be written by John O’Bryan, who’s making his Marvel Comics debut after writing for a number of animated TV shows including “Avatar: The Last Airbender”. The new comic series will follow the famous LOL champion as she deals with hiding her magical abilities a secret in Demacia, a ruling kingdom that abolishes the use of magic. Garen, Lux’s brother will also play a central role in the new comic together with the recently introduced mage, Sylas of Dregbourne.

Marvel Comics’ Lux will be available at select retailers on May 8, but you can preorder a copy right now over at the Marvel Comics online store. Post launch, you can view the comic online over at League of Legends Universe.

Lux is not the first LOL champion to get the Marvel treatment. Earlier in 2019, Riot Games and the comic powerhouse released Ashe: Warmother a comic following the origin story of League’s iconic marksman, Ashe. 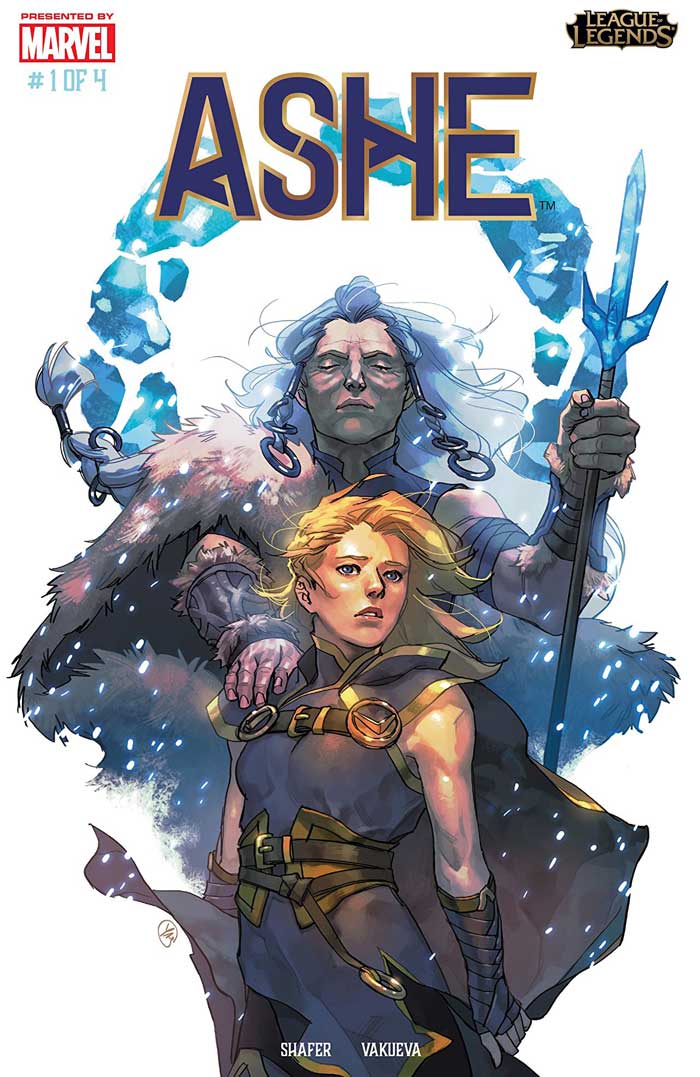 A paperback version of the comic will go on sale in May 2019 and will be written by Riot Games writer Odin Austin Shafer and will feature art work from Nina Vakueva, who previously worked on the series Heavy Vinyl.

Last Updated:
16/06/2019
About The Author
Johan C
Johan "RetroGeek" was there, a long long time ago, back in the days of 1.6 and IceFrog. Back when DreamHack LAN parties were the coolest but still nerdiest thing around. No one knows how he decided to start writing about all that but we're grateful for it. He's know as our in-house historian and betting expert and that guy in the office that keeps saying "there's no school like old school!"

Starting April 26th at 11am PT, Blizzard allows selected players to battle in the new Overwatch 2 PVP Beta. The players will begin to receive invites to join the PvP Beta throughout the day.  Quick Overview Only players who got an official invitation from Blizzard team can access Overwatch 2 PVP at first; You can […]

Earlier this month, the Italian luxury automobile brand, Lamborghini, announced its first esports team on their Social Media platforms.  Lamborghini decided to join the esports community and to create its own official team in esports.  The Esports team’s squad has a lot of experience already in The Real Race. Jordan Sherratt, Gianfranco Giglioli, and Girgio […]

The eight-time Olympic gold winner, Usain Bolt, makes his début in esports by becoming a Co-owner of WYLDE. The announcement was made on 30th March. The athlete will be “involved in a range of activities focused on elevating Wylde’s growing brand.” Steve Daly and David Cronin founded WYLDE, two years ago. The organization announced that […]

A great design, awesome odds and friendly welcome bonus!
Play
Live betting, own crypto and gamer-facing features
Play
Solid welcome bonus and traditional sportsbook!
Play
Tons of games to bet on and easy to use user interface!
Play
All product names, logos, and brands are property of their respective owners. All company, product and service names used in this website are for identification purposes only.
rendered (mm/dd/yyy):11/24/2022, 6:40:41 PM